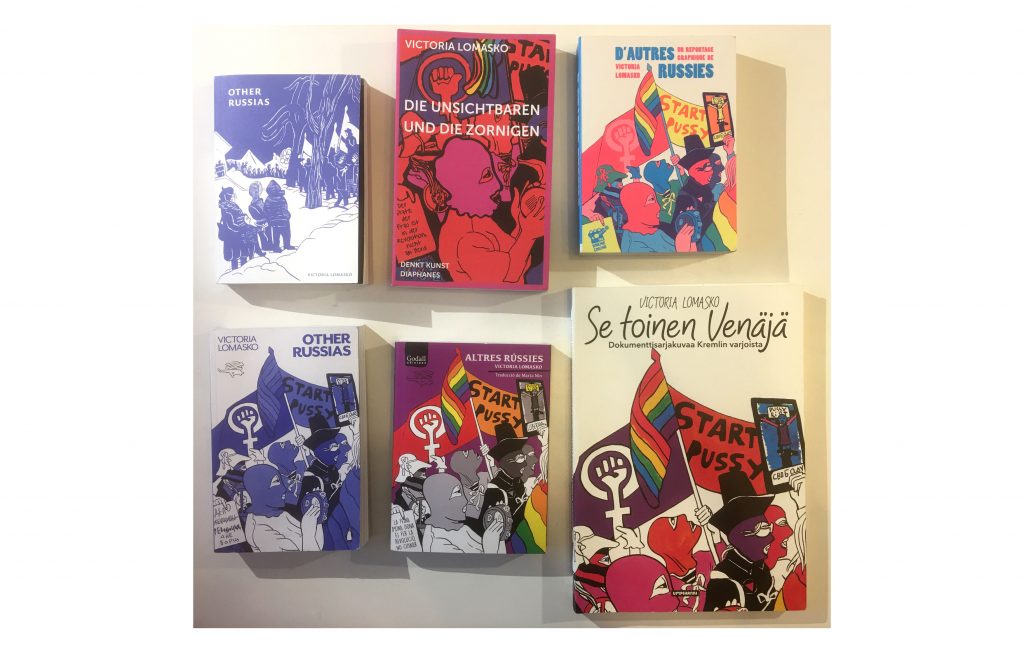 Other Russias is the brilliant first collection of graphic journalism by artist and activist Victoria Lomasko. A fixture at Moscow’s protests and political trials, Lomasko illuminates the inequality and injustice at the heart of contemporary Russian society and gives voice to Russia’s many voiceless citizens. Not content to remain in the capital, she travels the country, visiting schools in dying villages; interviewing sex workers in foundering industrial towns; teaching children at juvenile prisons to draw, all while drawing their stories. Her portraits allow readers to see these people as more than words on paper and to see them as she does: with dignity, compassion, and love. Other Russias is an urgent and poignant work by a major talent. 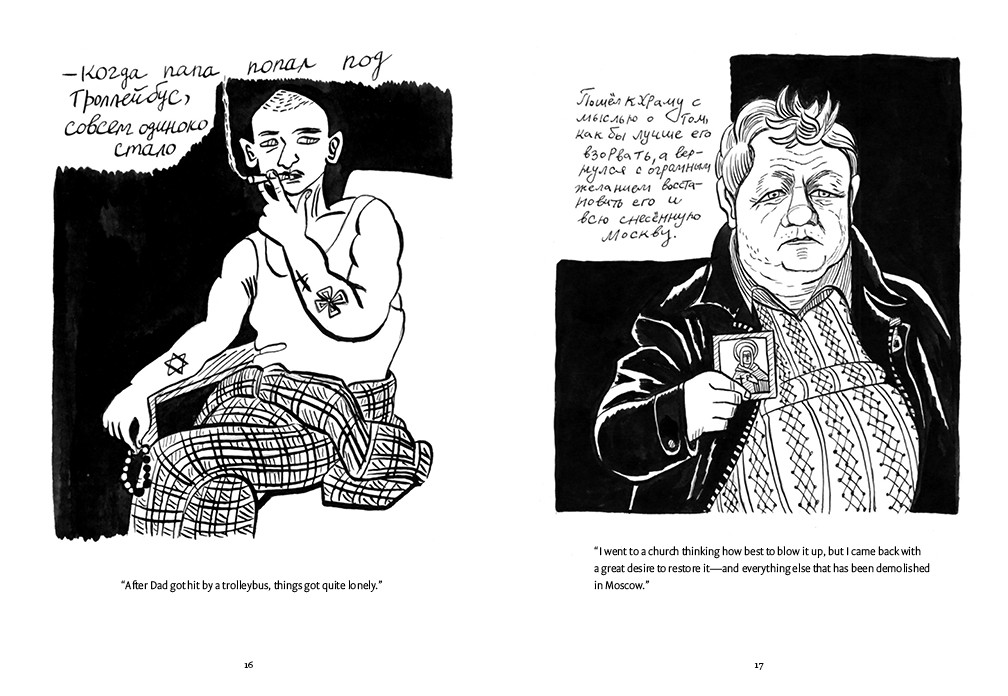 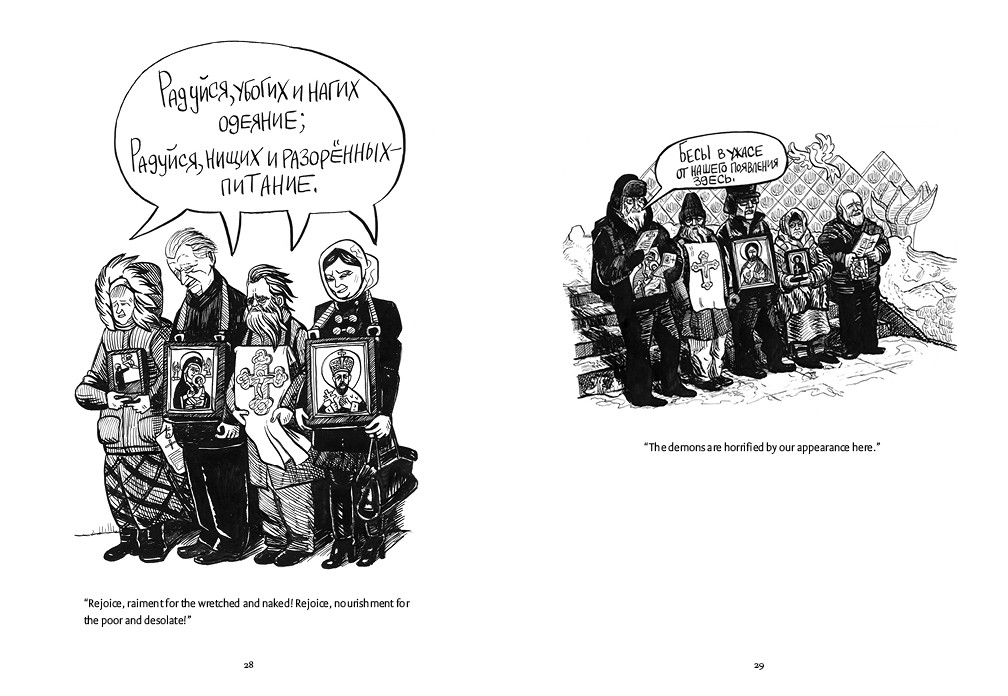 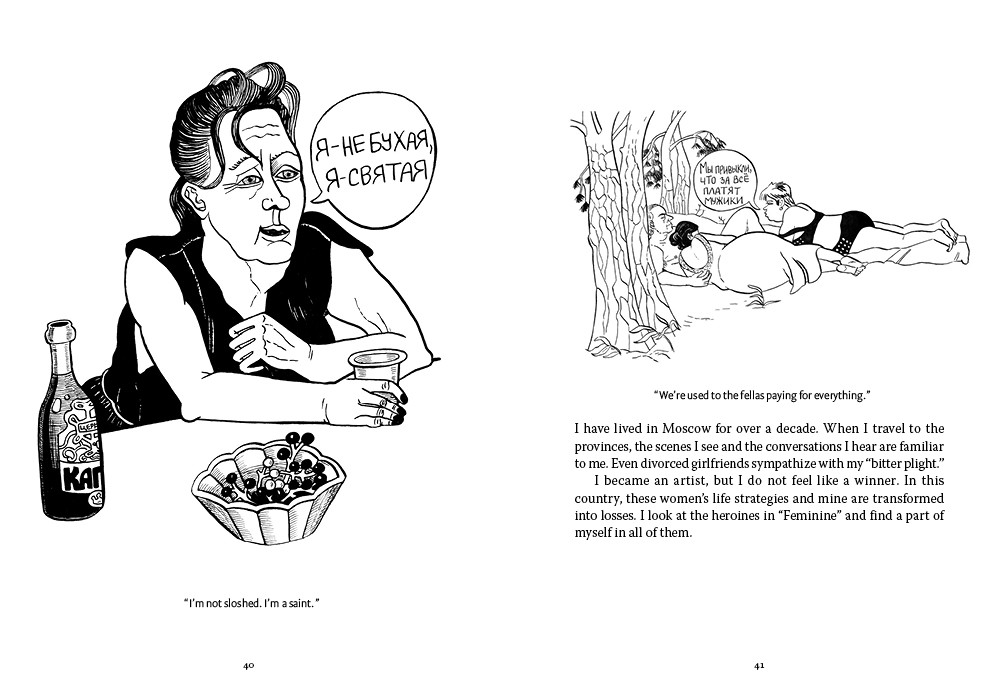 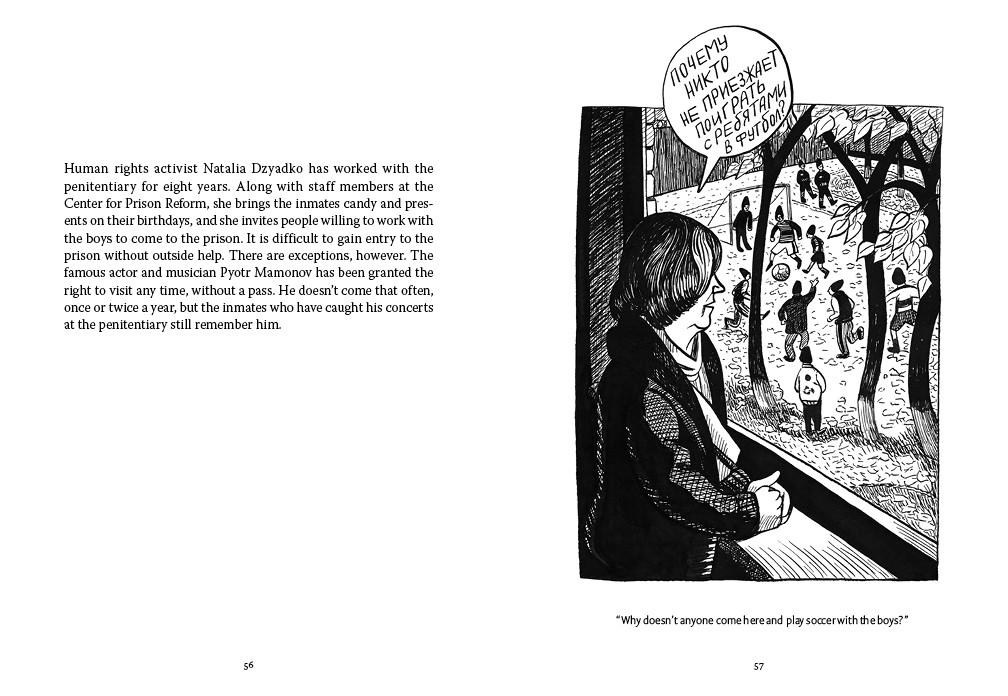 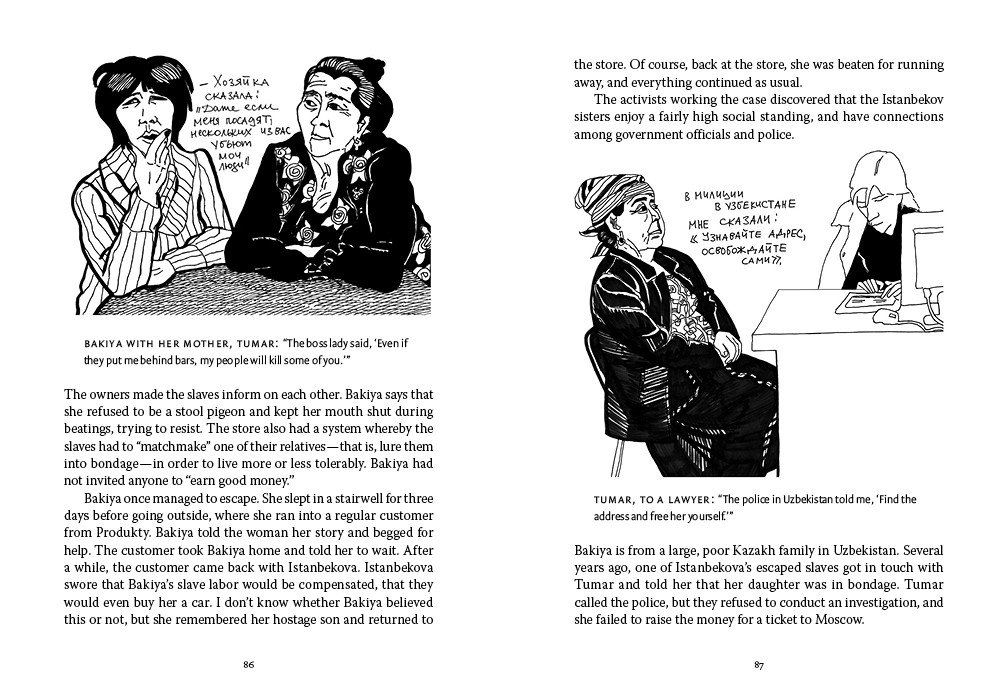 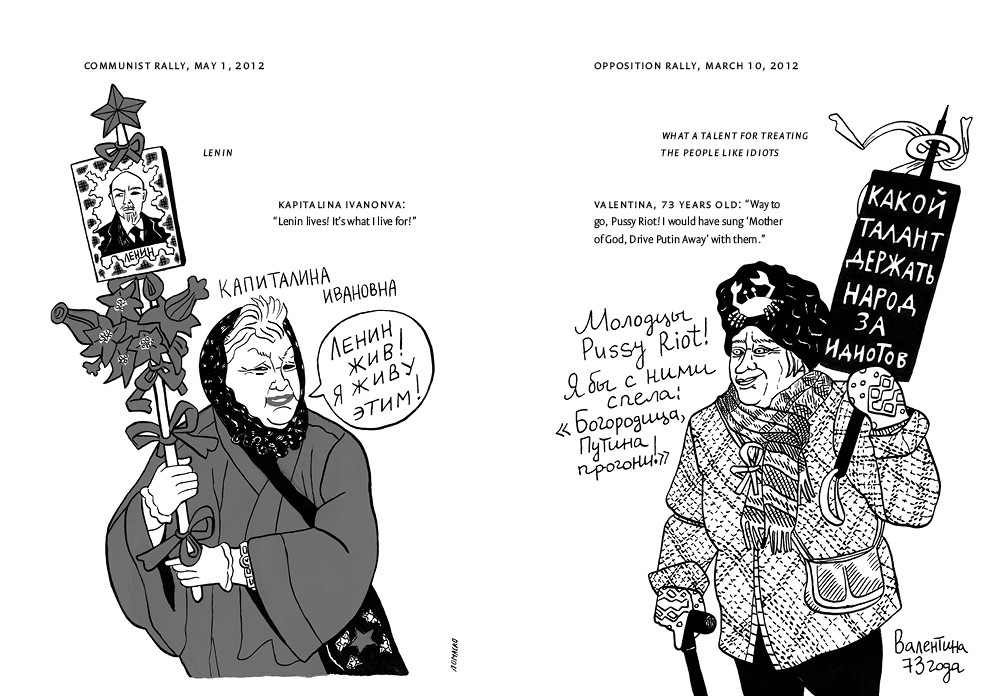 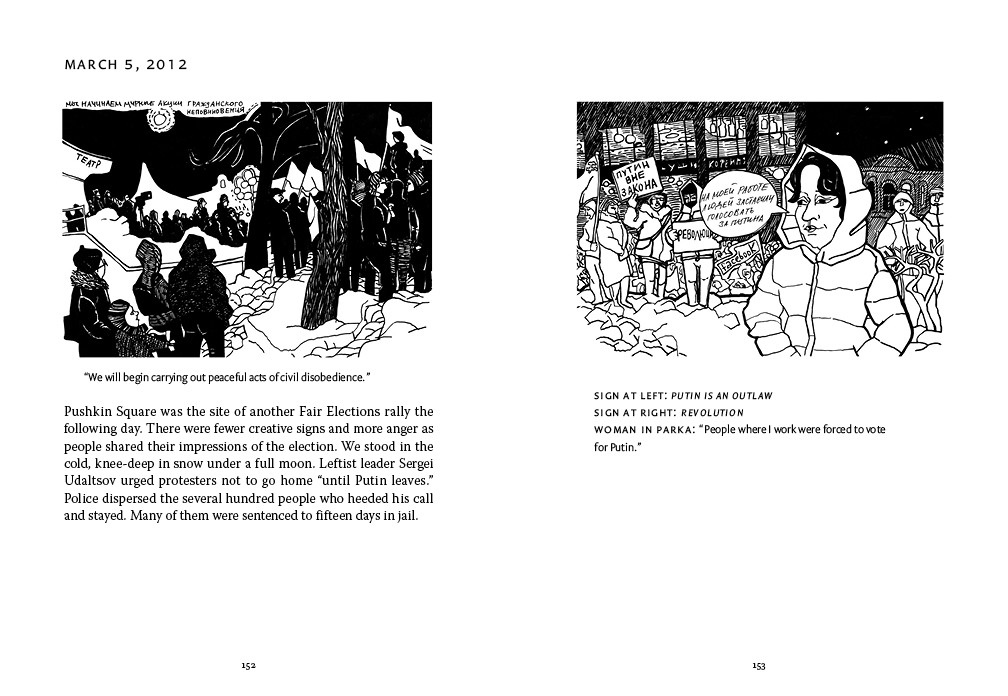 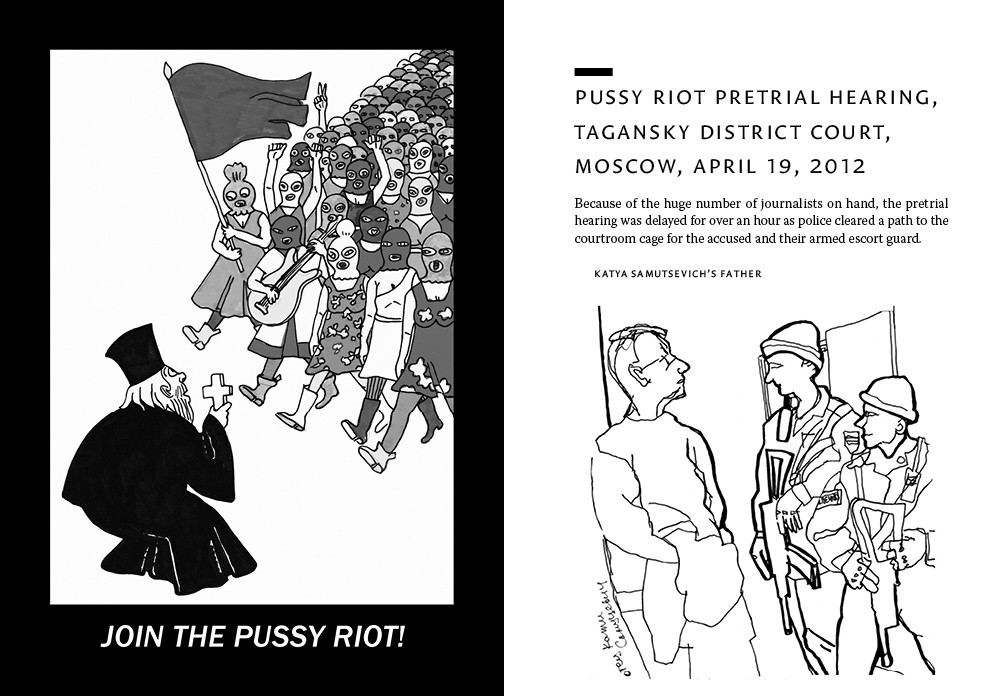 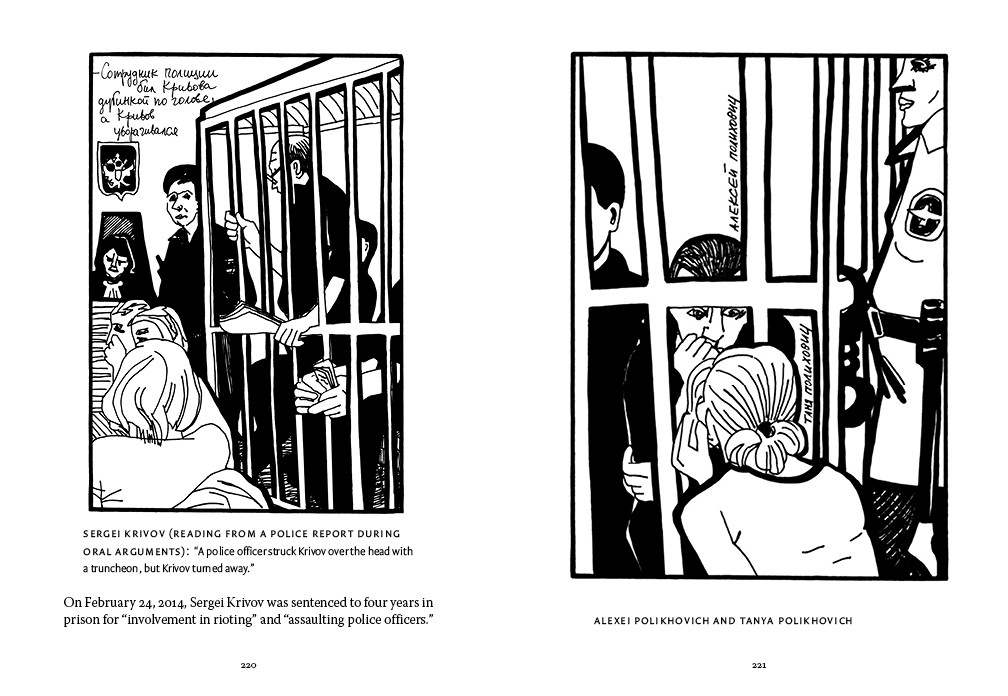 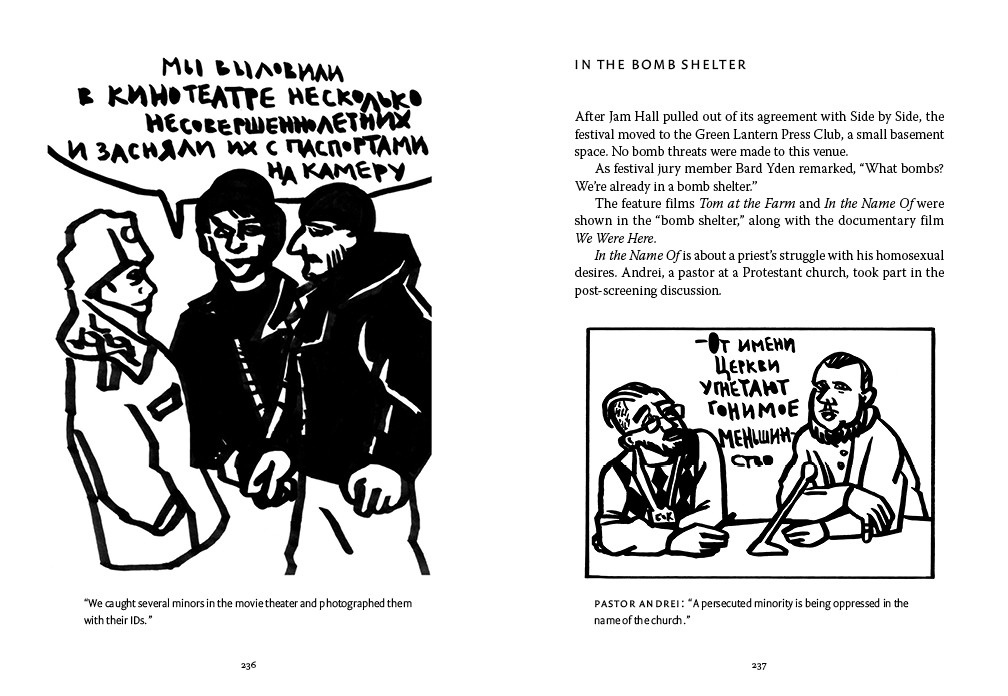 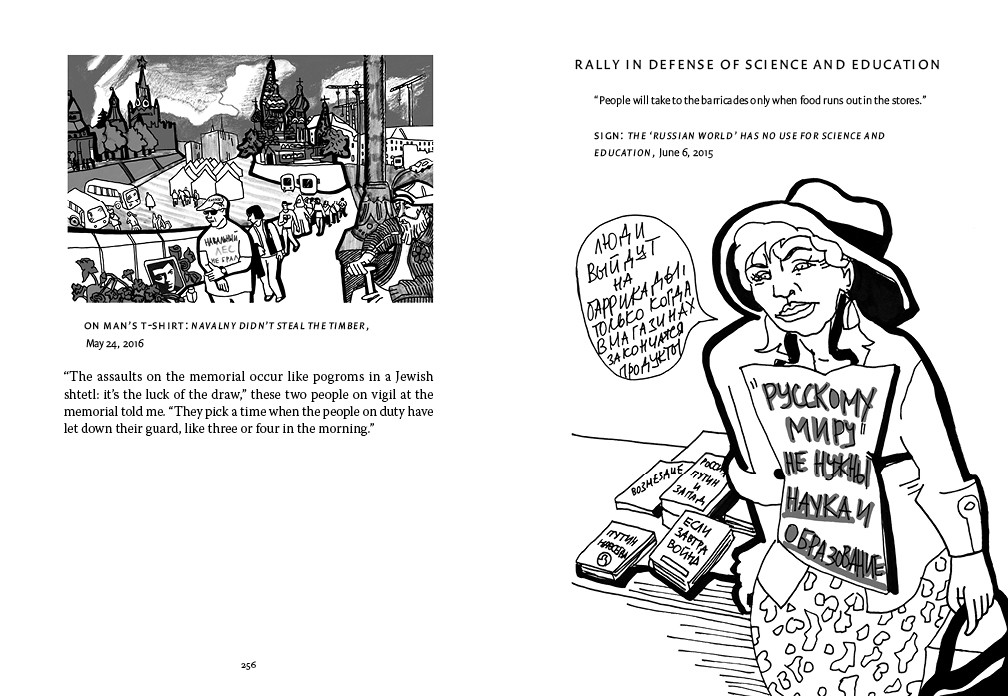 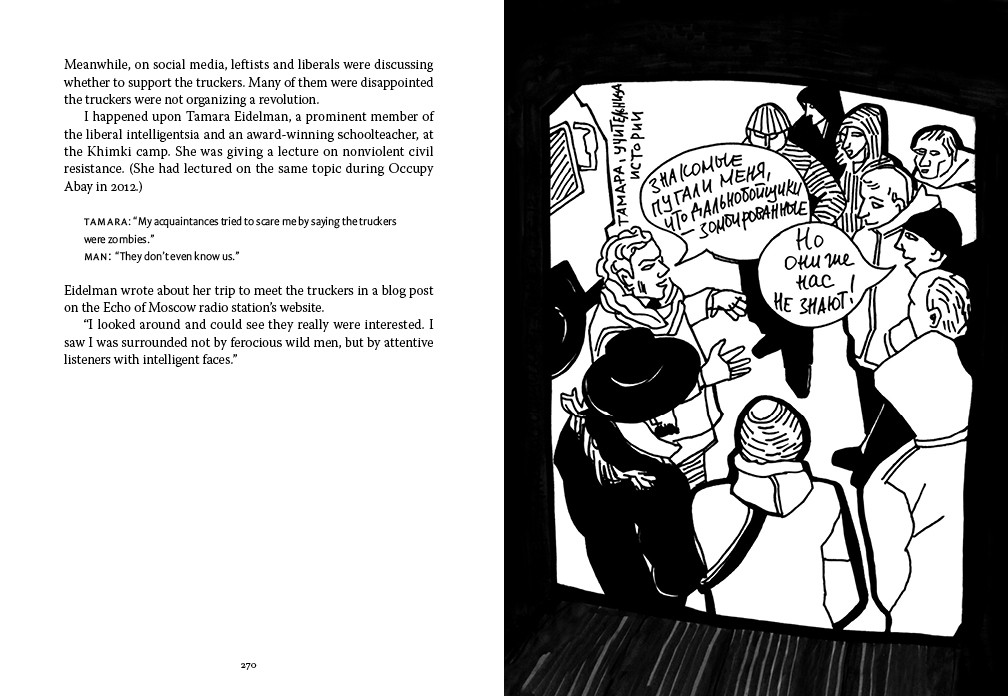 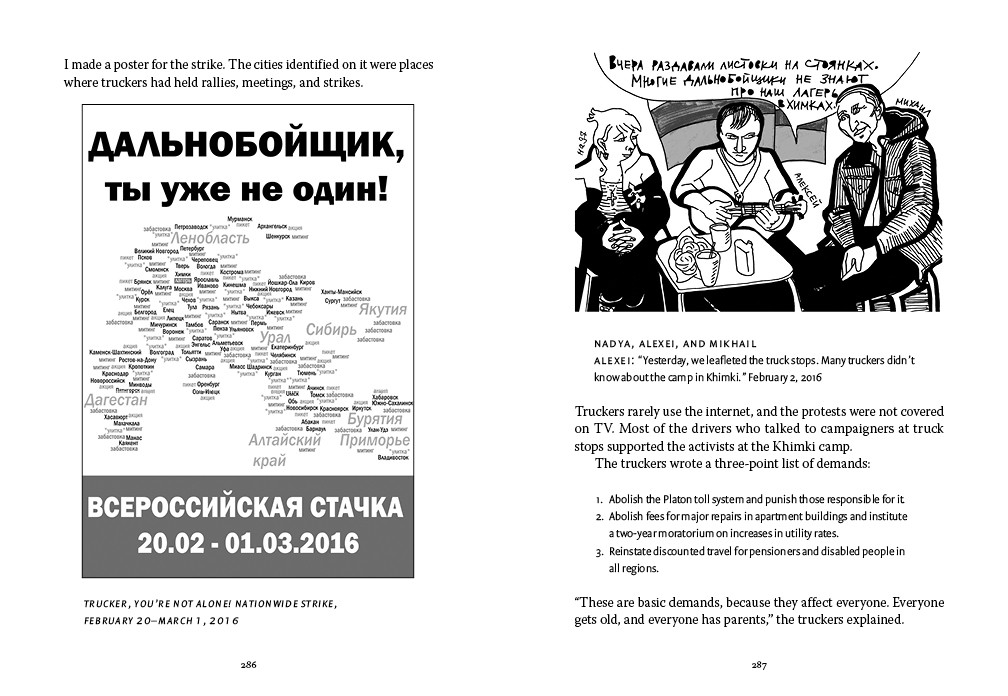 “Victoria Lomasko’s gritty, street-level view of the great Russian people masterfully intertwines quiet desperation with open defiance. Her drawings have an on-the-spot immediacy that I envy. She is one of the brave ones.”
—Joe Sacco

“Powerful . . . Though Victoria Lomasko’s figures are rendered in broad, black-and-white strokes, her depictions of God-fearing old ladies, young skinheads, and striking truckers never fall into the traps of parody, contempt, or stereotype. Her focus on the daily lives of regular people offers a respite from the international fixation on Vladimir Putin—who is, after all, only one of a hundred and forty-four million Russians.”
—Sophie Pinkham, NewYorker.com

“A beautifully produced book . . . Leafing through a work that looks like a personal sketchbook produces a sense of intimacy, and makes Lomasko’s social criticism feel more like a personal commentary on Russian reality than political discourse . . . The female portraits of Other Russias offer an especially nuanced perspective on old age, prostitution, gender imbalance, and alcoholism . . . At a time when most media coverage of Russia boils down to ‘the Russian mess,’ Lomasko shares the valuable experience of resistance and resilience that has characterized life under the Putin regime for the past five years.”
—Sasha Razor, Los Angeles Review of Books

“Compassionate and compulsively readable . . . While Victoria Lomasko is a fierce and involved critic of the self-serving powers that be, Other Russias is propelled by the idea that everyone has a story worth telling, and she tells most of them straight. Interviews hit harder for being matter-of-fact and she follows homophobes as well as activists, nationalists as well as anti-fascists. There’s a wonderful immediacy to her portraits.”
—James Smythe, Guardian

“A powerful national portrait . . . Victoria Lomasko’s work paints a comprehensive picture of some of Russia’s most pressing social issues, intensified by the urgency of her drawings. Illustrated live on the scene, as opposed to reproduced from photos, these compulsively engaging black and white drawings are vital in putting a face to the faceless, reminding us that real people, real lives are at stake here.”
—Matthew Janney, Calvert Journal

“Disturbing, impressive, and fascinating . . . Lomasko has created an unusual and compelling piece of documentary art that stays with you long after you’ve finished studying the cartoons.”
—Viv Groskop, Spectator

“An album of images and impressions of ordinary, unconnected Russian citizens who have unexpectedly found themselves activists . . . Victoria Lomasko is the graphic artist equivalent of the great Svetlana Alexievich, the Nobel Prize winner whose work also records and vivifies the lives of the Invisible and the Angry.”
—Bob Blaisdell, Russian Life

“During the 2011 anti-Putin protests, demonstrators often chanted ‘we exist’ as they poured into the streets. With simple, figurative representation, Victoria Lomasko takes that cry and puts it on the page, recording the currents of history through the experiences of the average person. It is a dynamic hybrid of popular art and journalism, and, in a country turned inside out by authoritarianism, an act of remarkable defiance.”
—Michael McCanne, Art in America 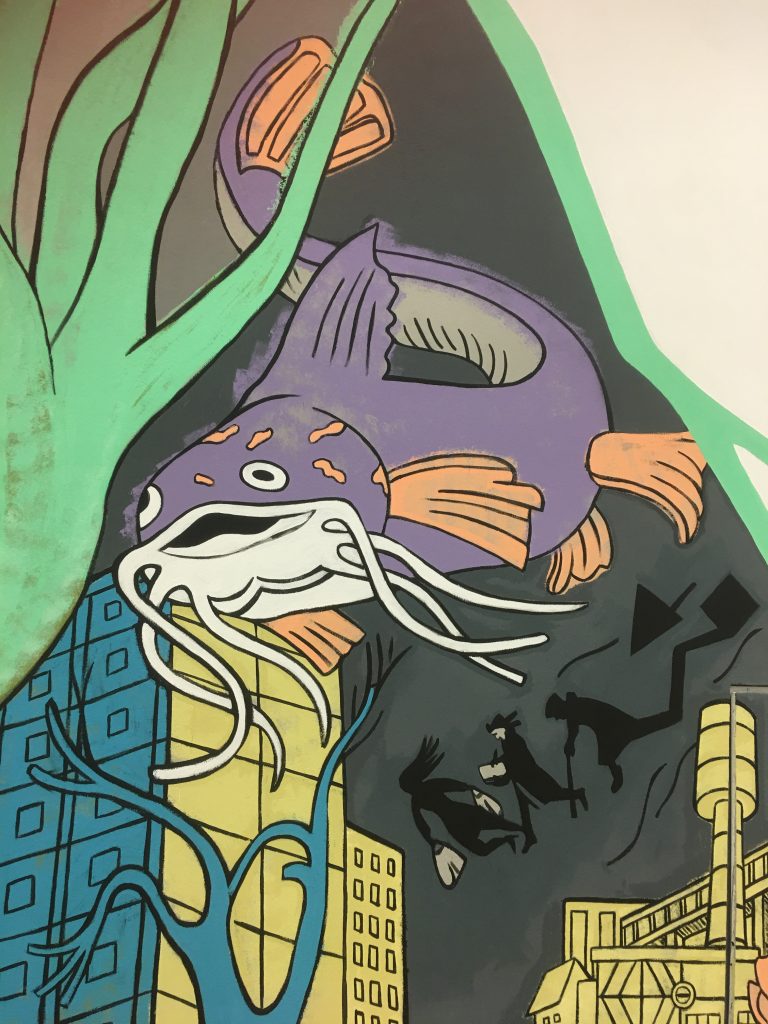 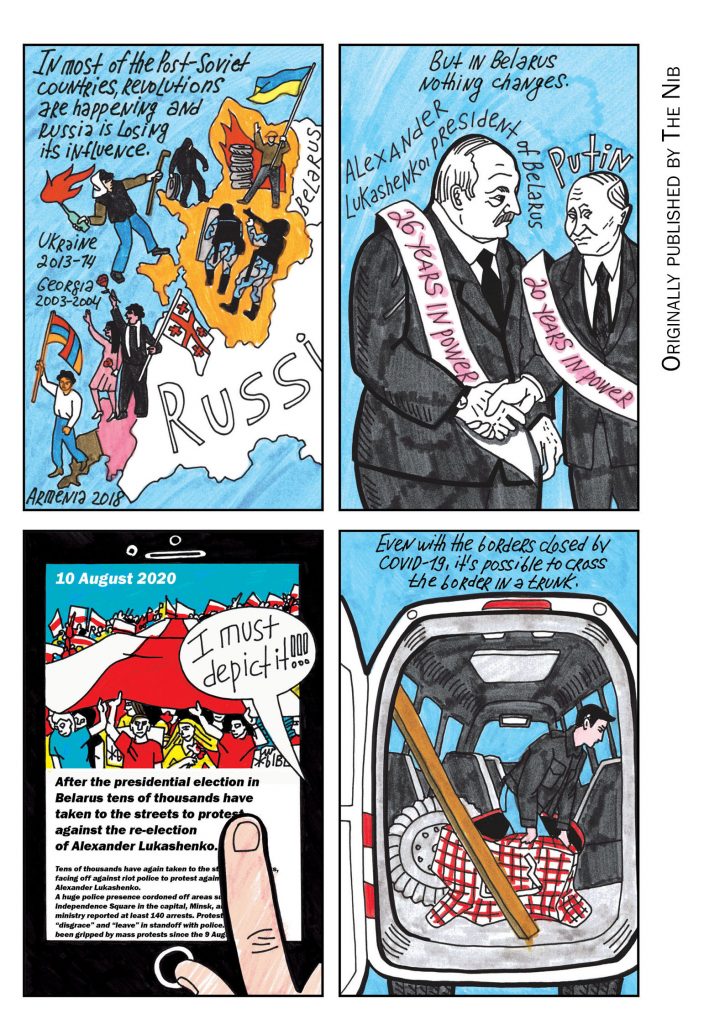 A Revolution in Belarus